Defensive Lineman J.T. Tuimoloau (Sammamish, Washington/Eastside Catholic High School), the No.1 overall prospect from the state of Washington, was officially honored today as a 2021 All-American during a virtual jersey presentation as part of the fourth episode of the Road to the Dome digital series.

Having been selected to play in the twenty-first edition of the All-American Bowl, Tuimoloau will play in the annual East vs. West matchup inside the Alamodome in San Antonio, Texas. The Bowl will be nationally televised, live on NBC, and will feature the nation’s top 100 high school football players. 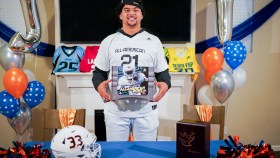 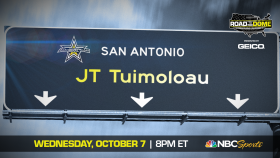 Five-Star Prospect J.T. Tuimoloau Set to be Welcomed to 2021 All-American... 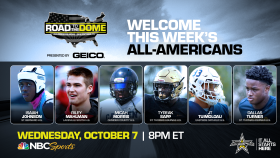 Road to the Dome Digital Series to be Released October 7

“Being an All-American is a true blessing and honor,” said Tuimoloau. “Being able to be named along with the greatest players listed in this bowl is a true honor.”