The University of Southern California received a commitment from one of the top defensive backs in the nation this week. 2023 All-American Braxton Myers from Coppell High School in Texas has verbally committed to the Trojans. According to 247Sports, Myers is a four-star prospect and the No. 6 safety in the country.

Past Trojans to participate in the All-American Bowl include the likes of Reggie Bush, Drake Jackson, and Amon-Ra St. Brown. 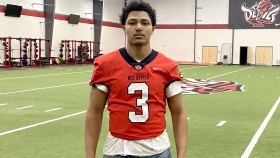 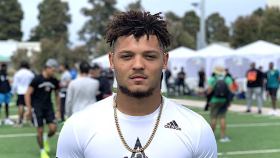 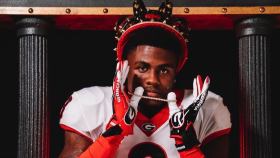 2023 All-American CJ Allen Commits to the University of Georgia

As an NBC Sports-owned property, the All-American Bowl is part of a marquee lineup of elite events that includes the Olympics, the Premier League, and the number one primetime show since 2011: Sunday Night Football. The All-American Bowl is annually the most-watched, most-talked about, and most-prestigious high school all-star event with more than 4,100,000 unique television viewers and over 20,000 in attendance. The history and tradition of the All-American Bowl is unparalleled: 533 draft picks; 86 Super Bowl champions; 193 Pro Bowl selections; 16 Heisman finalists including, but not limited to: Odell Beckham Jr., Christian McCaffrey, Tim Tebow, Derrick Henry, DeVonta Smith, and Trevor Lawrence. For more information, visit NBCSports.com/AllAmericanBowl, or follow us on Facebook, Twitter, and Instagram (@AABonNBC)