Running Back Evan Pryor (Cornelius, North Carolina/William Amos Hough High School), the Ohio State University commit, will be officially honored tomorrow as a 2021 All-American during a virtual jersey presentation as part of the seventh episode of the Road to the Dome digital series.

The episode will be released tomorrow at 8 p.m. ET on the NBC Sports YouTube channel. 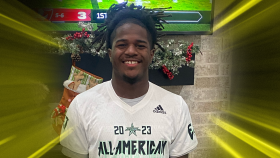 Wide Receiver Mikal Harrison-Pilot Honored as a 2023 All-American as Part... 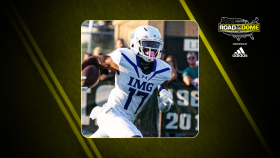 Wide Receiver Carnell Tate Will be Honored as a 2023 All-American as Part... 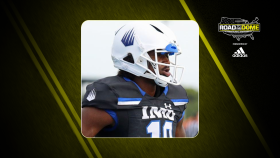 University of Miami Commit Jayden Wayne to be Welcomed to 2023 All-American...

Having been selected to play in the twenty-first edition of the All-American Bowl, Pryor will be celebrated as part of a special two-hour “All-American Bowl: Declaration Day” honoring each of this year’s 100 All-Americans on Saturday January 2, on NBC.

NBC will broadcast the “All-American Dream,” a one-hour special showcasing the All-American Bowl history and highlighting the stories of several players from this year’s All-American Class, on Dec. 6.